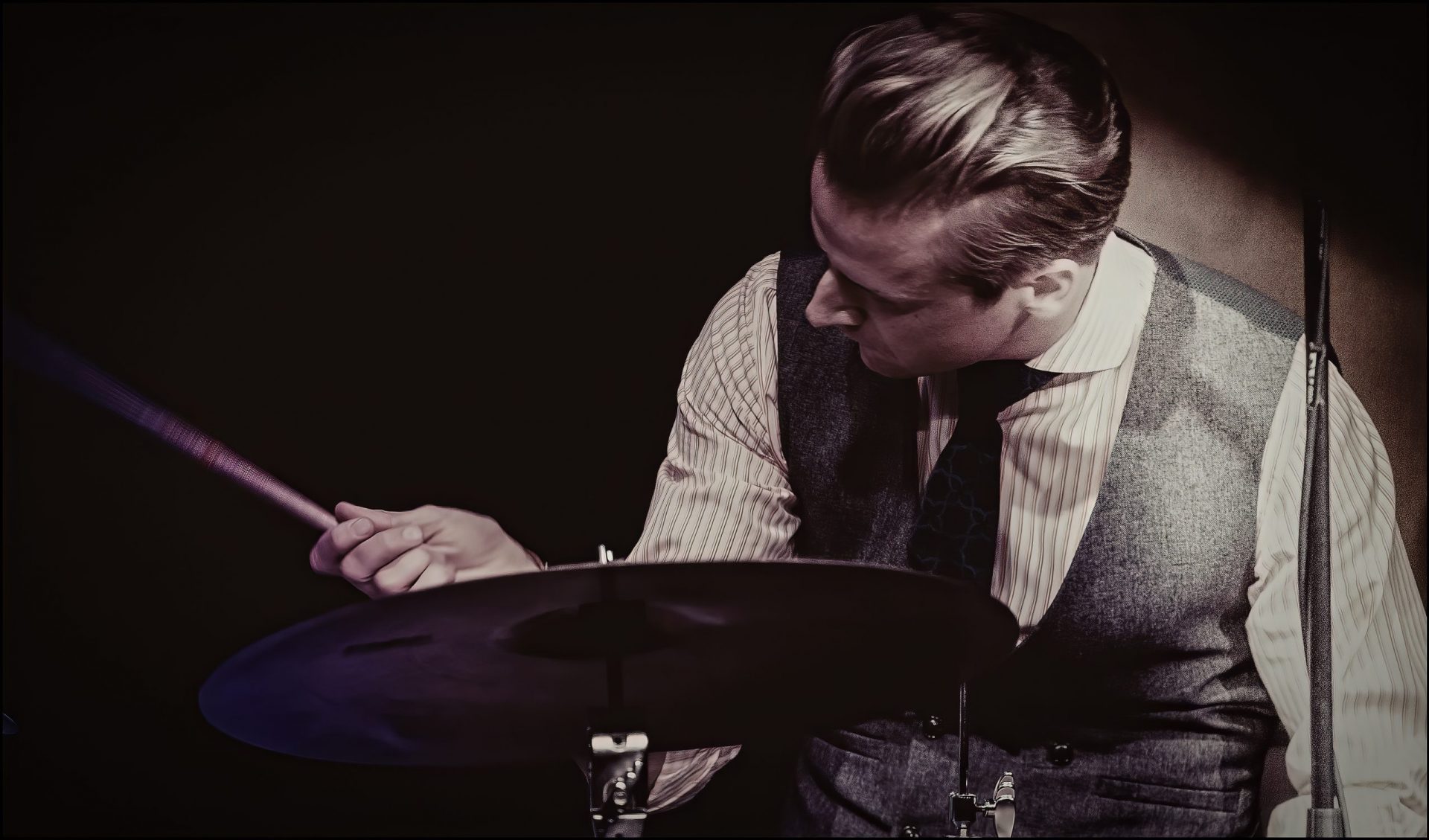 Chris Higginbottom has been playing professionally for over 20 years. He graduated from the Royal Academy of Music in London with First Class honours in 2000, and after performing with the likes of Tim Garland, Christine Tobin, Guy Barker, and Jason Rebello, moved to New York in 2002. Chris studied at the New School of Jazz and Contemporary music for a year, with legendary artists/educators including Carl Allen, Michael Carvin, Hal Galper, Charles Tolliver, and Reggie Workman, and ended up spending a further seven years living and working in New York. He recorded his debut album as a leader there – ‘One’ (2005, Basho records), performed with, among others, Seamus Blake, Aaron Parks, Ingrid Jensen, Will Vinson, and for two years was the drummer for the legendary jazz singer Mark Murphy. He also toured throughout the US with singer/songwriter Brendan James for several years, as drummer, tour manager, and MD, playing on his debut album ‘the Day is Brave’.
Returning to London, Chris became the house drummer at Ronnie Scott’s jazz club in 2012, and more recently has, with the Ronnie Scott’s All Stars, been touring UK theatres, and performing at recurring international gigs including ‘Zermatt Unplugged’ (Switzerland), and ‘the Jazz Cruise’ (Caribbean). Alongside this, Chris has also been a member of the Kyle Eastwood band since 2015, playing on his last two albums, ‘In Transit’ and ‘Cinematic’, and regularly touring internationally with this group. Chris’ second album as a leader, ‘Where Land Ends’ was released in 2013 (F-IRE records), and consists entirely of original compositions.
Chris has performed all over the world including the Blue Note clubs in Tokyo and Beijing, Birdland in New York, the House of Blues in Chicago, The Roxy in LA, Montreal Jazz Festival, Marciac Jazz Festival and countless others. He has also performed/recorded with such diverse talent as Van Morrison, Roy Ayers, the BBC Big Band, Westlife, Marti Pellow, Georgie Fame, Carleen Anderson, the James Taylor Quartet, Lisa Stansfield, Gabrielle, and Omar.

I teach from my studio, both in person (when permitted), and online, with professional quality audio and a two camera set-up. I cater for all levels/abilities and with my background as a chorister, and my piano and harmony knowledge, I place a strong emphasis on developing your musicality as a drummer. Whether you’re working towards graded exams (Trinity College), preparing for a college audition, or just want to improve your drumming, I can help. I have accumulated vast experience in many different playing situations and styles over the past 20-plus years playing professionally, and I know how to get the best out of my students.